What does AVA mean?

What does AVA mean?

There’s a lot of 3-letter abbreviations in the wine world. In France, they have AOC. In Italy, it’s called DOC. In American, we have AVA. What does AVA stand for and what does it mean?

An AVA is defined as “a delimited grape growing region, distinguished by geographical features, the boundaries of which have been recognized and defined by the Bureau of Alcohol, Tobacco, and Firearms (BATF).”

An AVA is considered a type of Appellation. The term appellation is often used instead of AVA. However, not all appellations are designated an AVA by the BATF .Unlike most European wine appellations of origin, an AVA specifies only a geographical location from which at least 85% of the grapes used to make a wine must have been grown. 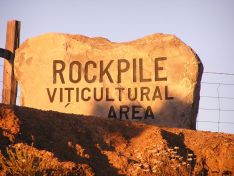 State or county boundaries such as for Oregon or Sonoma County are not AVAs, even though they are used to identify the source of a wine. Napa Valley, Sonoma Valley, Paso Robles, Willamette Valley, Columbia Valley,Â andÂ Finger Lakes are all AVA’s. There are 198 AVAs in the United States as of last year!

This picture shows Chalone Vineyard. Sometimes, vineyards are so special, they get to have their own appellation! Chalone Vineyard in Monterey County, California is the sole winery in the Chalone AVA.